In stock
HTMDM5-9.0
$549.99
GET $100 OFF THIS DRIVER - ENTER CUSTOM100 IN THE COUPON CODE BOX AT CHECKOUT!
The TaylorMade M5 Tour driver packs all of the technology of the M5 driver into a smaller, more workable package. Speed Injected™ TaylorMade is doing something revolutionary for the M5 Tour driver. As you look at the club face, you’ll notice 2 screws, one near the toe and one near the heel. These...
Please add engraving text by clicking the Add Custom Engraving button.
customers are viewing this product
Share

The TaylorMade M5 Tour driver packs all of the technology of the M5 driver into a smaller, more workable package. 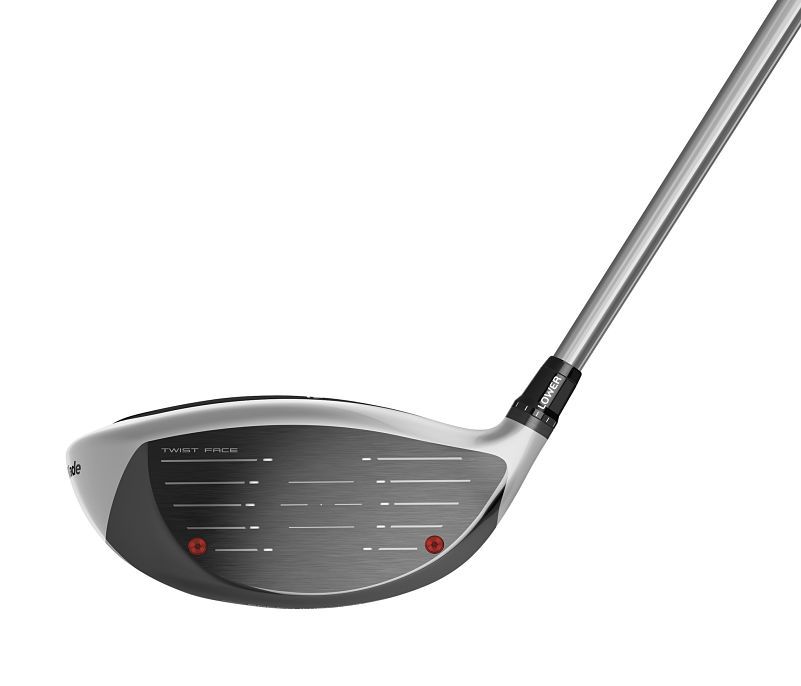 TaylorMade is doing something revolutionary for the M5 Tour driver. As you look at the club face, you’ll notice 2 screws, one near the toe and one near the heel. These are used to inject tuning resin into each head to optimize the COR across the face. The result is ball speed as close to the USGA limit as possible, which translates to more distance. 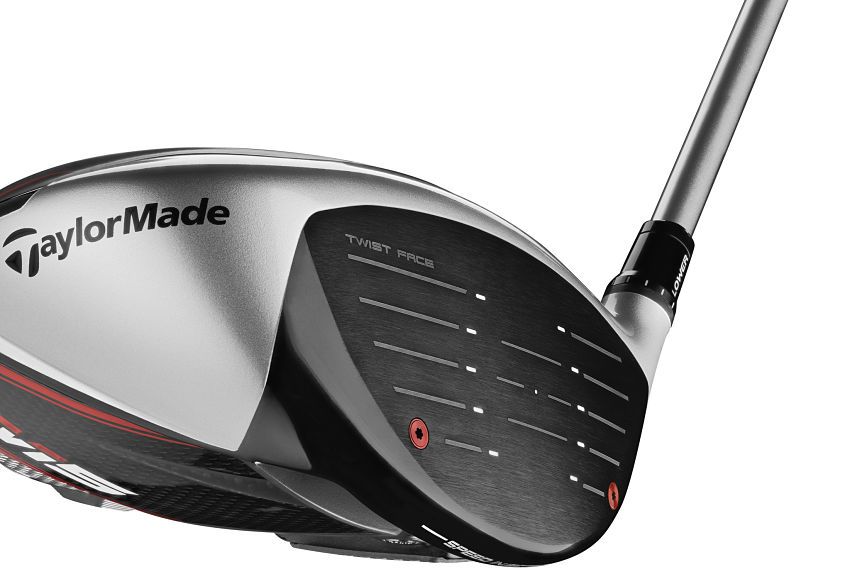 Twist Face™ technology returns to the M5 Tour driver, delivering straighter shots. The face of the driver is curved to reduce the effect of off-center hits. The high-toe area of the face is curved slightly open with more left. This corrects for a low, hooking shot. Conversely, the low-heel area is curved closed with less loft, correcting a high, slicing shot.

The sole of the M5 Tour driver has an Inverse T-Track that controls ball flight using 2 10-gram weights. A straight channel, perpendicular to the face, controls the height of shots. Slide one or both weights forward to lower ball flight and spin. Launch angle increases as weight is slid toward the back of the track.

The new design increases the MOI and lowers the CG of the M5 Tour driver by letting weight be moved to the extreme perimeter of the clubhead. 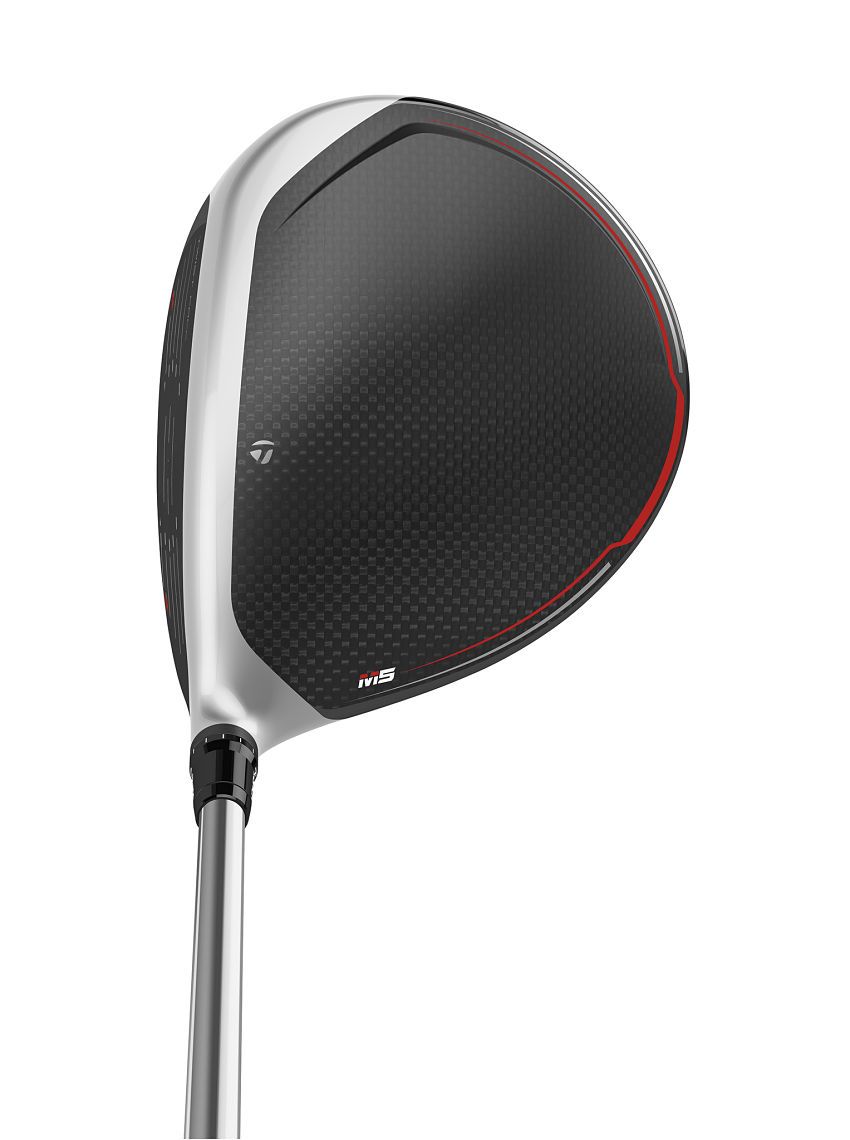 The head of the M5 Tour driver is a scant 435cc, a look preferred by better players. The smaller size gives those players the confidence to be able to shape the way they want.

The chart below has the stock specs and shafts of the TaylorMade M5 Tour driver. The Mitsubishi Tensei CK Orange 60 is a counter-balanced shaft that produces a mid-launch and spin. The Project X HZRDUS Smoke 70 shaft is a stout shaft built for faster swing speeds and producing low launch and spin. There are also several of custom shafts to choose from.

You'll also find charts on how to adjust the driver below. 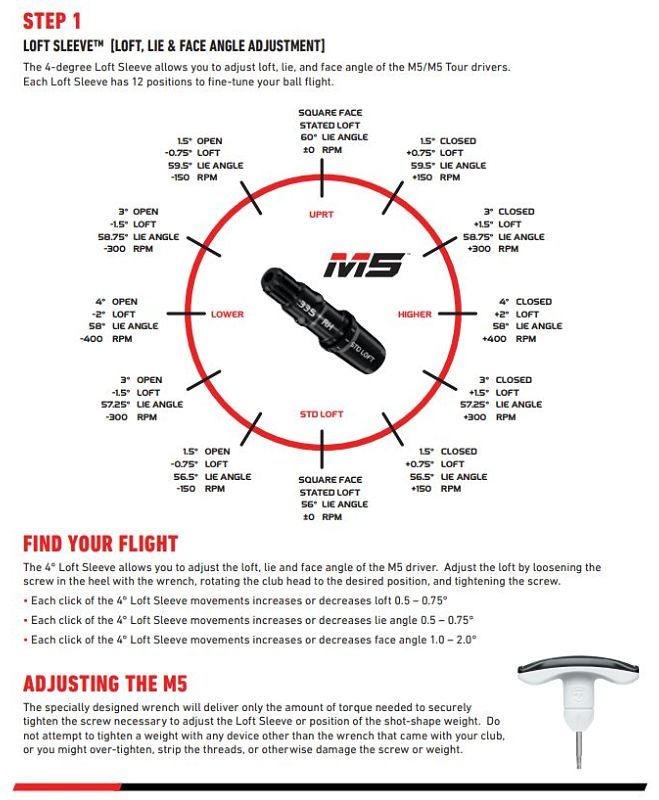 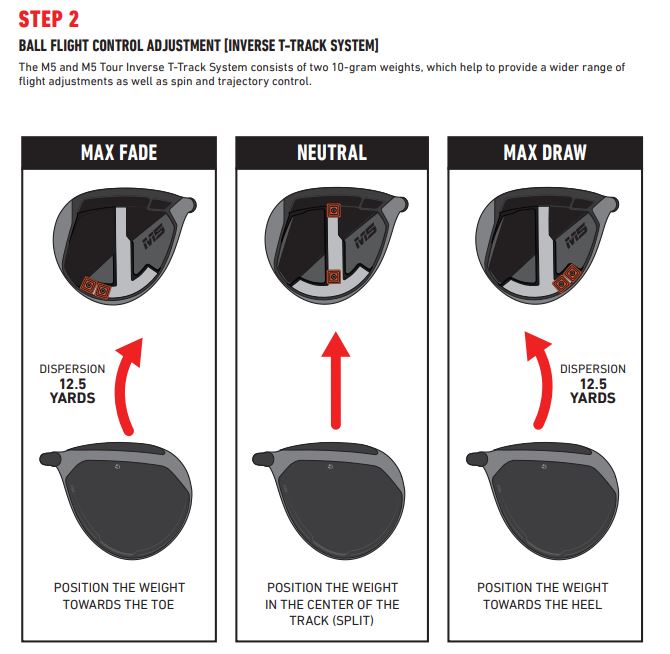